By Sean O’grady For Mailonline

Mollie King has revealed she is expecting her first child with her fiancé Stuart Broad.

The former Saturdays singer took to Instagram on Tuesday and shared a snap of her cricketer beau kissing her rising child bump.

Alongside the beautiful photograph, she wrote: ‘Stuart and I are so so completely satisfied to share that we’re expecting a child later this 12 months! We’re completely over the moon’. 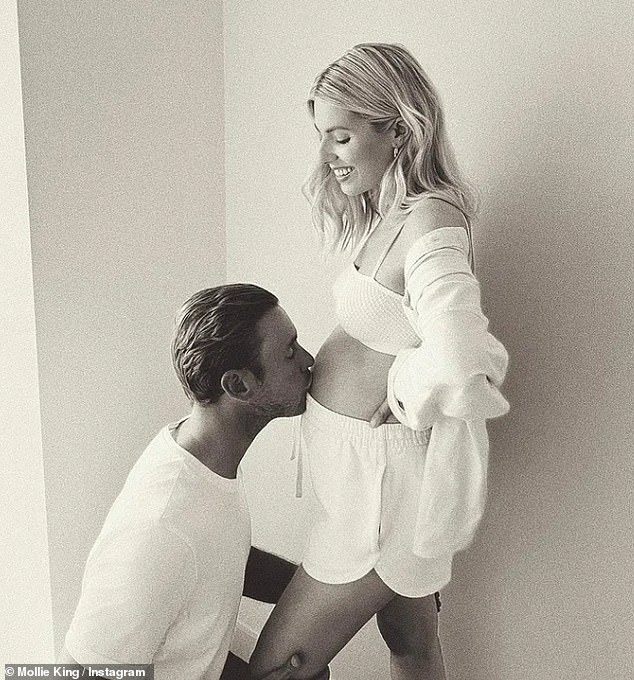 Congratulations: Mollie King has revealed she is expecting her first child with her fiancé Stuart Broad

Mollie and Stuart had been first linked in March 2018, however briefly cut up 5 months later in August 2018.

The couple had been noticed collectively once more in February 2019, and confirmed they’d reunited the next month.