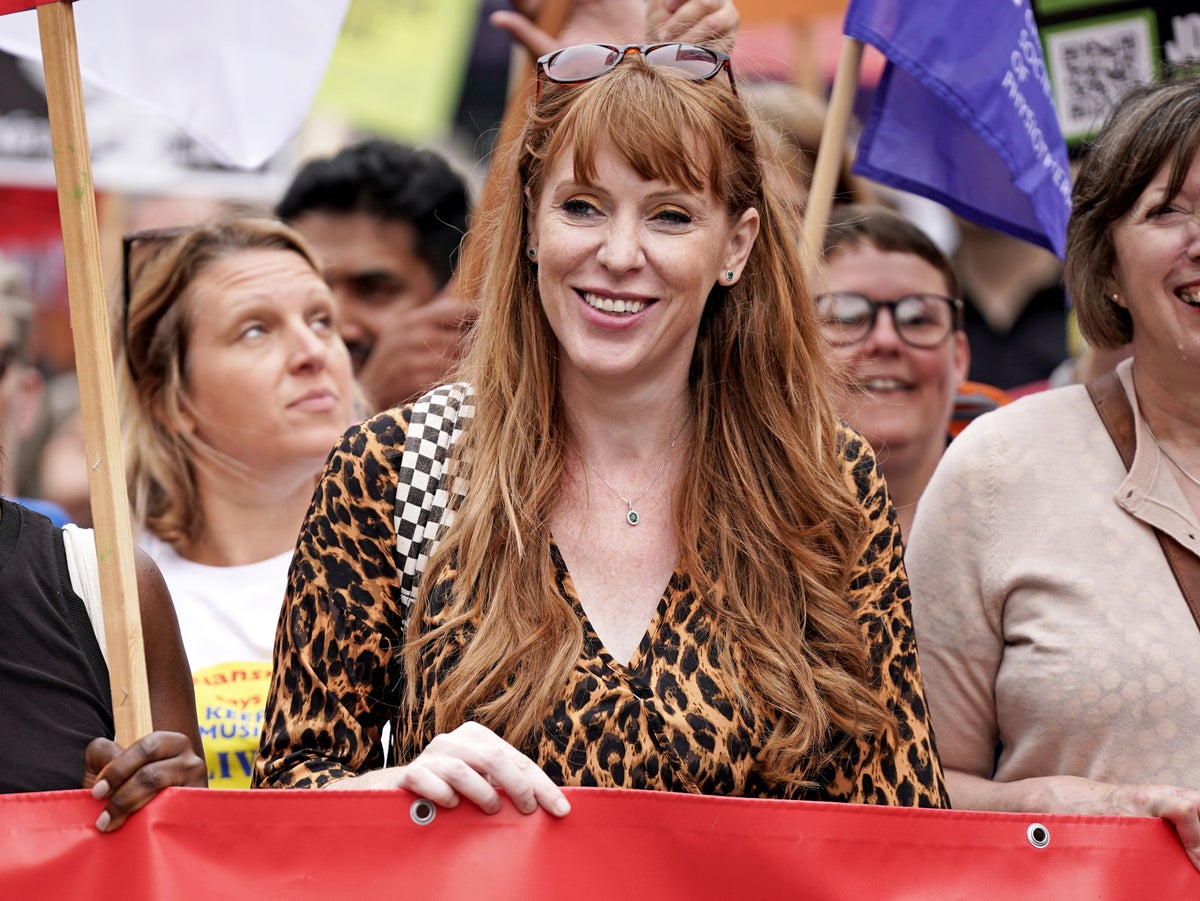 Sir Keir Starmer is contemplating taking disciplinary motion in opposition to a number of shadow cupboard members who defied an order to not be a part of picket traces, whereas his deputy Angela Rayner mentioned rail staff “have been left with no choice” however to strike.

It is known that the Labour chief will wait till the economic motion is over earlier than instructing chief whip Alan Campbell to deal with any disciplinary issues regarding the strikes.

A spokesperson mentioned: “Unlike the government, our focus is firmly on the public.”

Ms Rayner tweeted: “No one takes strike action lightly. Workers have been left with no choice. I will always defend their absolute right to do so for fairness at work. The PM needs to do his own job. His Government caused this. Now they must solve it.”

The feedback come after information/uk/politics/keir-starmer-rail-strike-rmt-picket-line-b2105709.html”>Sir Keir confronted a revolt over directions given to frontbenchers to not be a part of picket traces mounted by putting staff.

At least two Labour MPs defied the order, which mentioned that the occasion ought to “show leadership” and step again from displaying help for the motion being taken by the RMT union, a leaked memo mentioned.

The head of the Unite union, Sharon Graham, lashed out at Sir Keir, tweeting: “The Labour Party was founded by the trade unions and we expect Labour MPs to defend workers, by words and by actions.

“To instruct Labour MPs not to be on picket lines with workers speaks volumes. You don’t lead by hiding. No one respects that. It’s time to decide whose side you are on. Workers or bad bosses?”

Only 20 per cent of trains are understood to be working in the course of the strike, which is about to be repeated on Thursday and Saturday.

Earlier, Kate Osborne, a parliamentary aide to shadow Northern Ireland secretary Peter Kyle, joined putting staff in London, saying: “I’m a trade unionist, I will always stand on the side of the workers.”

And Navendu Mishra – an opposition whip – tweeted {a photograph} of himself alongside putting staff, saying: “This treacherous government has underfunded & mismanaged our public transport network for more than a decade.”

Manuel Cortes, head of the Transport Salaried Staffs’ Association, additionally criticised Labour’s official stance, saying: “This is ridiculous nonsense from the party which was created by trade unions. Solidarity is what our movement is all about.”