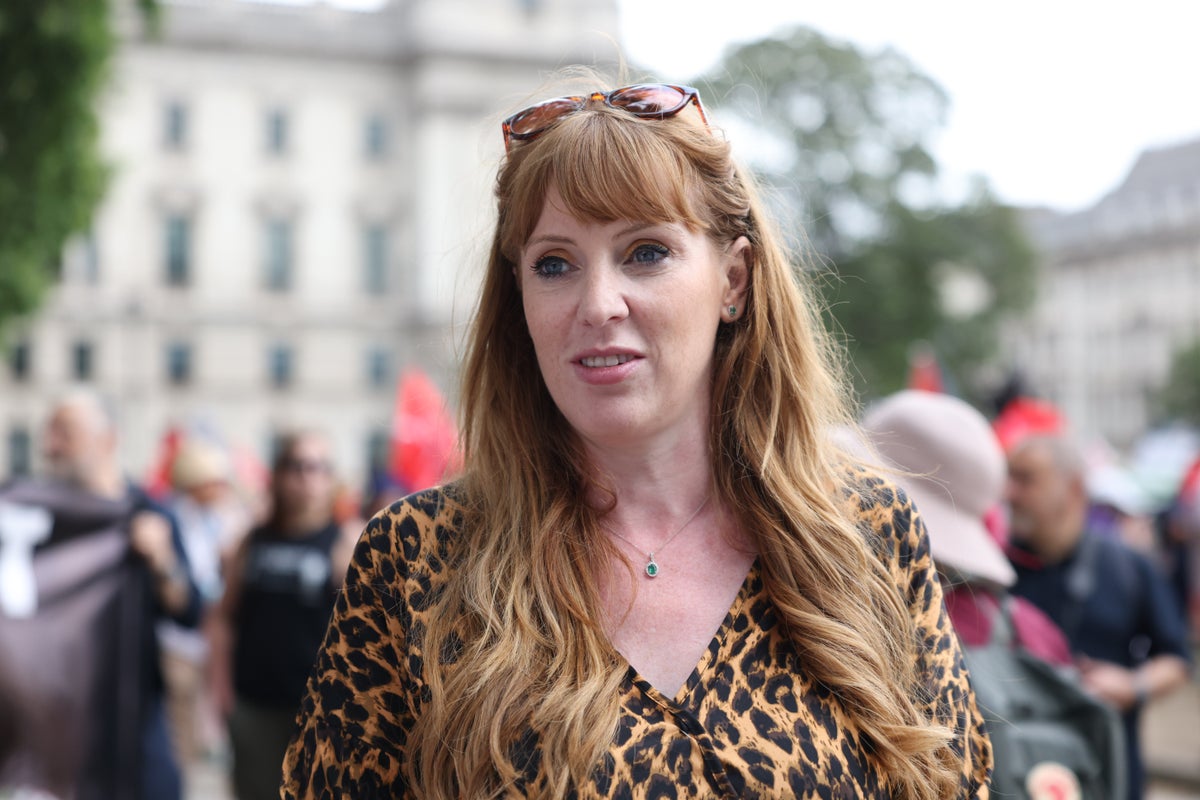 Labour’s Angela Rayner has demanded No 10’s chief of employees declare any meetings ministers could have held where scrapping a cap on bankers’ bonuses has been mentioned.

It comes after the government confronted intense criticism and accusations of hypocrisy this week over enterprise/train-strikes-uk-bankers-pay-b2105688.html”>plans to reduce controls on City bosses’ pay whereas calling for wage restraint within the public sector.

In a letter to Cabinet Office minister Stephen Barclay, Labour’s deputy chief questioned the government’s “priorities” and mentioned the plans had been of “huge concern”.

Her letter follows a report in the Financial Times in June 2021 that steered the difficulty of a cap on bankers’ bonuses was raised by a world financial institution chief government at a “virtual” monetary companies roundtable the identical month.

At the time, chancellor Rishi Sunak, who attended the assembly alongside Boris Johnson, was mentioned to be resisting strain to ditch the cap — a measure launched after the 2008 monetary crash which limits bonuses to the scale of a banker’s wage.

In at present’s letter, Ms Rayner referred to as on Mr Barclay to instantly launch the minutes of the assembly with banking executives, and demanded to know whether or not any additional meetings had occurred where the difficulty was mentioned.

Labour’s deputy chief additionally requested to know whether or not the difficulty has ever been introduced up by a Conservative social gathering donor.

She mentioned: ”It seems this Government’s “new approach” is to prioritise growing banker’s bonuses relatively than serving to working individuals.

“The hypocrisy of removing restrictions for bankers while the public sector face a prolonged period of below-inflation pay rises is clear. It is an indication of where this government’s priorities lie. “

A government spokesperson said: “Claims that the government is planning to ease restrictions on bankers’ pay are untrue. Ministerial meetings with external organisations are declared in line with the government’s transparency agenda.

“We are exploring whether there are any unnecessary restrictions on paying non-executive directors in shares instead, as we set out at the end of last month. This could ensure they are fully invested in the success of the company they run, helping to protect and generate jobs, growth and investment.

“This is about how non-executive directors are paid, not how much. And the proposal has nothing to do with paying bankers more, or the bankers’ bonus cap. This remains in place and there are no plans to remove it.”

Responding to Ms Rayner’s letter, a Conservative supply mentioned: “Angela Rayner should stop trying to position herself for Labour leadership by wasting time writing pointless letters about false accusations. If Labour had done their research, they would know that the government has never proposed any changes to bankers’ bonuses.

“They should spend less time playing politics and misleading the public and more time doing their research.

“Labour should also get their own house in order on transparency – they continue to break a Leveson Inquiry pledge to publish which senior media figures they are meeting with.”