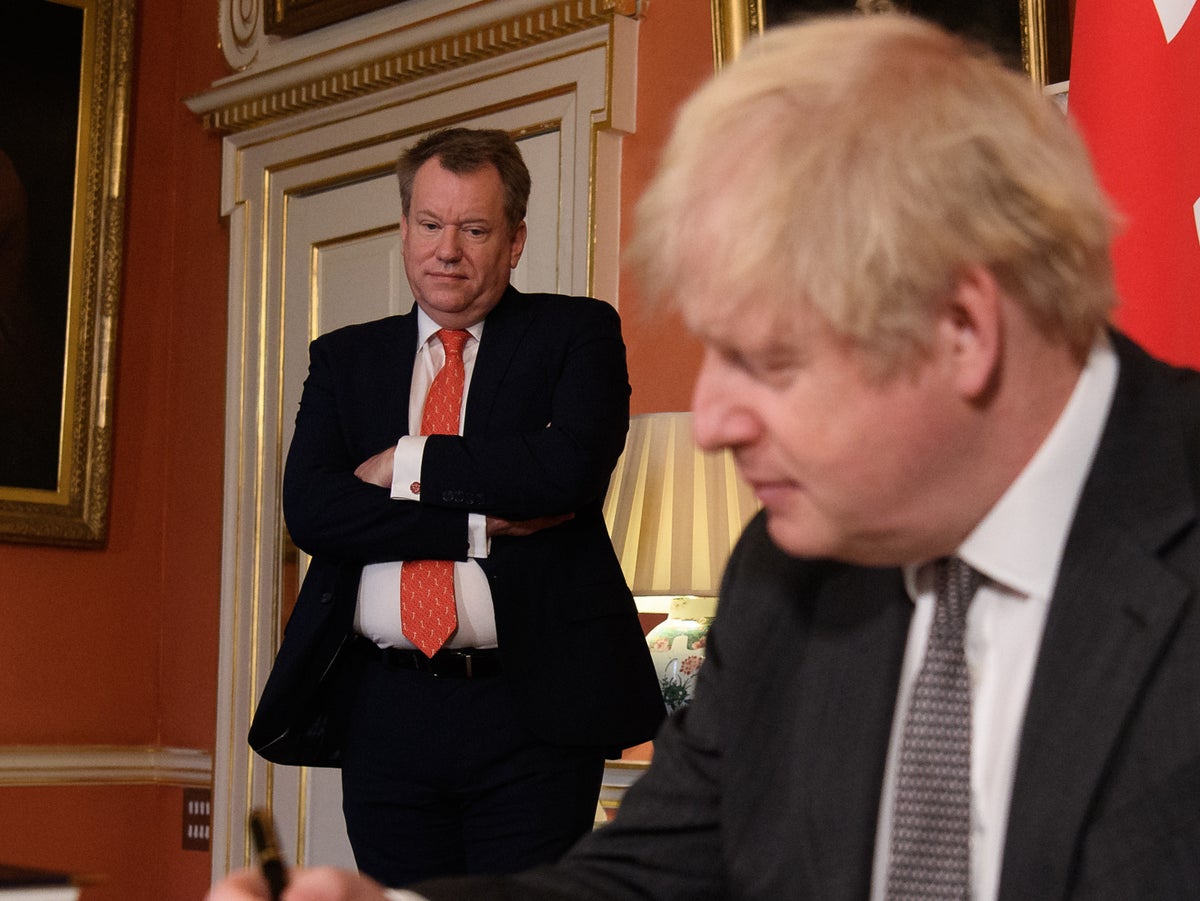 The architect of Boris Johnson’s EU commerce deal is to declare in a keynote speech that “Brexit is working”.

But in a stark contradiction to Mr Johnson’s declare to have “got Brexit done”, David Frost will say that “Brexit is not complete yet”, partly as a result of of the persevering with row with Brussels over the Irish border.

Despite estimates from the federal government’s personal Office for Budget Responsibility that the long-term impression of EU withdrawal may decrease UK GDP by 4 per cent, Lord Frost will insist that recommendations that Brexit has harmed the economic system have come solely from folks with “axes to grind”.

And – regardless of information/northern-ireland-protocol-truss-jones-b2101645.html”>UK threats to break worldwide regulation by breaching the Northern Ireland protocol he helped to dealer – the previous Brexit negotiator will accuse Brussels of behaving in a “confrontational” means, and urge the EU to cooperate with Britain as “a trusted partner”.

Lord Frost’s feedback will are available in a speech to the UK in a Changing Europe assume tank to mark the sixth anniversary of the 2016 EU referendum on Thursday.

Polls in recent times have persistently proven {that a} majority of Britons consider it was a mistake to vote to depart the EU – most just lately by a margin of 49 per cent to 37 per cent.

Concerns have been stoked by the intractable dispute over the Irish border, elevated crimson tape for UK exporters, snarl-ups at Channel ports, the return of cell phone roaming fees, and a loss of advantages for British travellers, corresponding to visa-free passport queues.

But Lord Frost will insist: “Brexit is working. We have no cause for regrets about the decision the country has taken.

“The solutions to the remaining problems are not to be found in going backwards, but in completing the process and following through on its logic.”

His feedback come a day after information/uk/politics/brexit-wages-down-uk-economy-b2106003.html”>a Resolution Foundation report discovered that Mr Johnson’s commerce deal has made the UK much less aggressive, with productiveness forecast to fall by 1.3 per cent by the top of the last decade because of this, and actual pay set to be £470 decrease per employee than it could have been had Britain stayed within the EU.

But Lord Frost will say: “The view that Brexit is hitting us from an economic and trade perspective is generated by those with an axe to grind, and cannot be supported by any objective analysis of the figures.

“The UK has grown at much the same pace as other G7 countries since the referendum, and, as the Office for National Statistics points out, our goods exports to the EU are at the highest level ever.”

In a swipe on the gradual progress made by No 10 in delivering the advantages of Brexit, Lord Frost will say that EU withdrawal was not an finish in itself however a “necessary gateway to a project of national renewal”, including: “The government needs to get on with defining and implementing that project.”

And he’ll say that if the EU desires a stronger relationship with the UK, it should regulate its behaviour over Northern Ireland.

“Does the EU want Brexit to work?” he’ll ask. “Can it rise above the current frictions and work with the UK as a trusted partner, or will it continue to hassle and lecture us?”

He will add {that a} “new entente cordiale” could possibly be constructed between the UK and its European neighbours, however it would rely upon the EU being “more open to change the protocol” and agreeing to “mutual de-escalation on various border and visa issues”.

He will proceed: “That still seems a possible way forward to me – but it takes two. Our destiny is in our hands. We can, and I hope will, succeed, whatever the EU does – it will just be more difficult for all concerned if the EU insists on being difficult and confrontational rather than collaborative.

“It would be much better to put the history behind us – on both sides – and concentrate on making this new relationship work. There is absolutely no reason why that can’t happen. It just takes vision – it just takes will.”