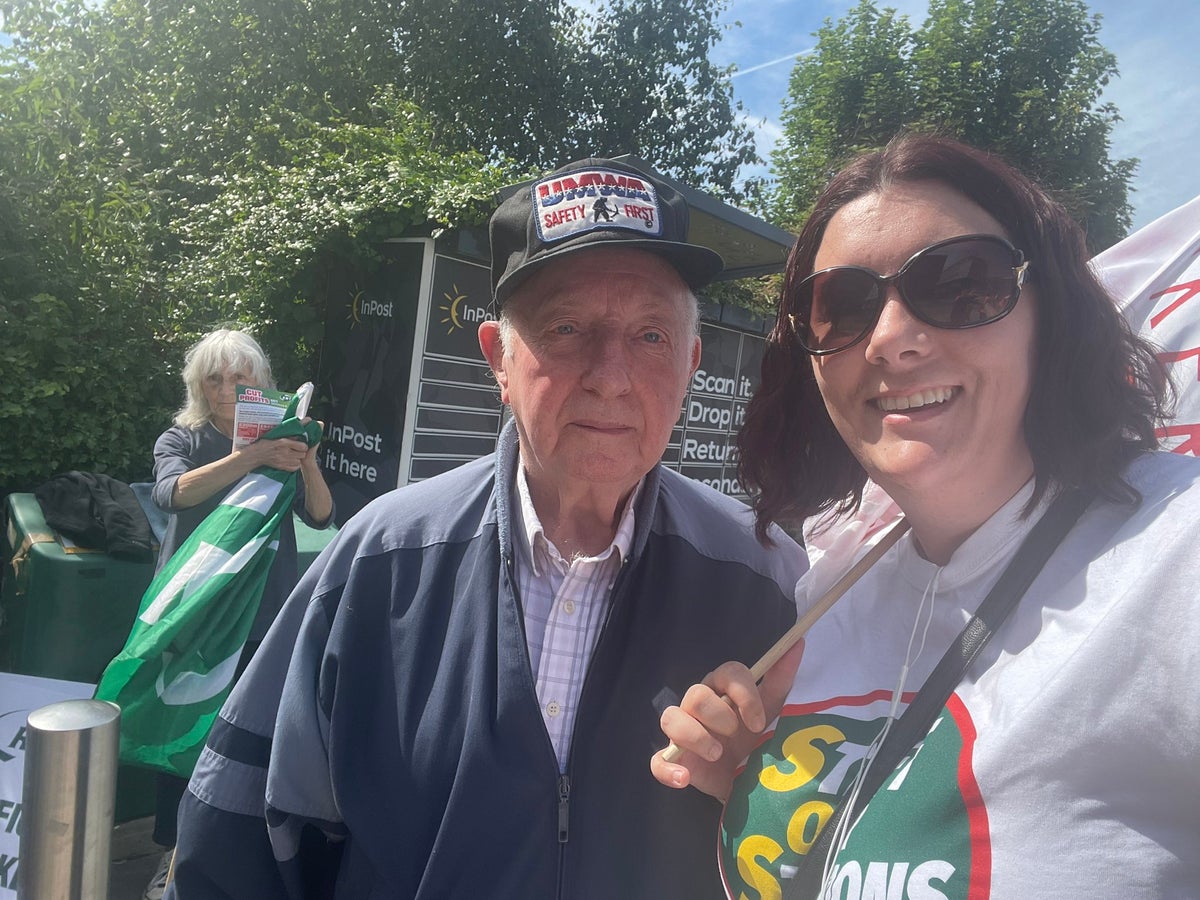 Arthur Scargill joined striking workers on the picket line on Tuesday as RMT hailed the “fantastic” turnout that “exceeded expectations” on the primary day of the commercial motion.

Mr Scargill was a thorn in former prime minister Margaret Thatcher’s facet when he and different union leaders launched the miners’ strikes between 1984 and 1985 in protest on the authorities’s makes an attempt to drive pit closures.

Thatcher described the miners because the “enemy within” and refused to fulfill the calls for from commerce unions, whereas concurrently mobilising the police and safety state towards them in an effort to implement her financial reforms.

She bested the unions and a wave of redundancies hit former mining areas in 1985 who’ve struggled to get better economically and proceed to endure from deprivation, as noted in the present Tory government’s “Levelling-Up” paper.

Despite the defeat, the 84-year-old, who beforehand ran the formidable National Union of Mineworkers (NUM), confirmed he has misplaced little of his enthusiasm for industrial motion as he stood on the picket line in Wakefield.

Wearing his “safety first” hat, that was a characteristic of his time on the picket line within the mid-Nineteen Eighties, he posed for photos with railway workers and held up RMT protest indicators.

It comes as RMT boss Mick Lynch, who has beforehand expressed his admiration for Mr Scargill, branded the primary day of the worst rail strikes in a era, successful.

He stated: “Today’s turnout at picket lines has been fantastic and exceeded expectations in our struggle for job security, defending conditions and a decent pay rise.

“Our members will continue the campaign and have shown outstanding unity in the pursuit of a settlement to this dispute.

“RMT members are leading the way for all workers in this country who are sick and tired of having their pay and conditions slashed by a mixture of big business profits and Government policy.

“Now is the time to stand up and fight for every single railway worker in this dispute that we will win.”

Only a fifth of trains ran on Tuesday and as half of all traces had been closed and passengers who did attempt to make it in utilizing rail companies usually confronted journeys that lasted a number of hours longer than common. The bitter dispute between the unions and National Rail is over pay, jobs and situations.

A DfT spokesperson stated: “These are desperately needed reforms that modernise the railway and put it on a sustainable footing for passengers and taxpayers.

“Unions have shut down big parts of the rail network, hitting local businesses and unfairly cutting people off from hospitals, schools and work.

“However, early data shows that unlike in the past many people now have the opportunity to work from home, so we haven’t even a rush to the roads, as traffic has instead gone online, which means the unions aren’t having the overall impact they might have hoped.”