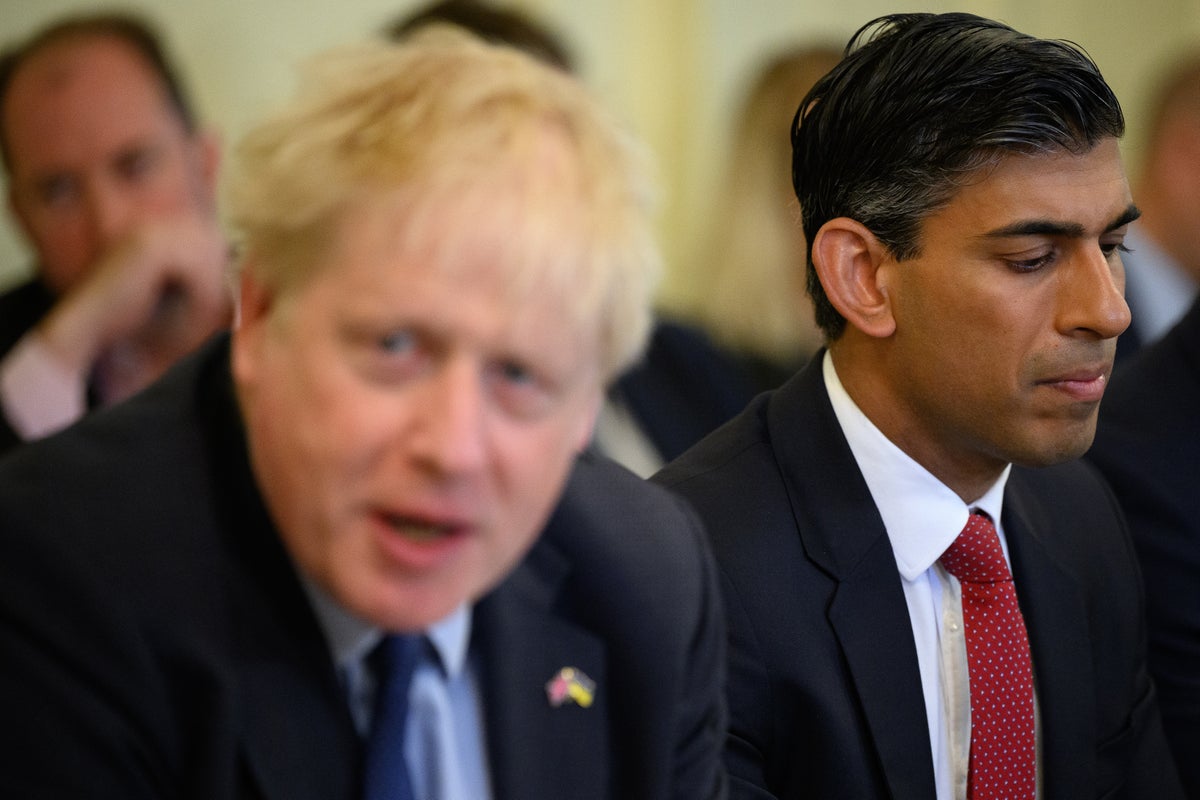 Boris Johnson has insisted he’s not planning to ease restrictions on bosses’ pay or elevate the cap on bankers’ bonuses as thousands and thousands really feel the pressure of the cost-of-living disaster.

The prime minister additionally mentioned it stays “the plan” to elevate company tax however sought to attribute the coverage to chancellorRishi Sunak amid options of a coverage rift.

A leaked letter seen by the i newspaper confirmed No 10 chief of workers Steve Barclay presenting a post-Brexit plan to take away pay restrictions on non-executive administrators.

And Mr Johnson, when he was London mayor in 2013, blasted a European Union rule limiting bankers’ bonuses to twice their wage as “possibly the most deluded measure to come from Europe since Diocletian tried to fix the price of groceries across the Roman Empire”.

As the prime minister attended a Commonwealth summit in Rwanda on Thursday, he confronted questions over whether or not he’ll use his new Brexit freedoms to enable larger bonuses for bankers.

“We’re not doing that. We have no plans for the measures you describe,” he mentioned.

“But what we are doing is making sure that we look after people who are facing tough times because of the spike in the cost of energy in particular and other prices, and we are doing that with the fiscal firepower we have built up – £1,200 coming to people, the money starts coming in to people’s bank accounts at the end of this month.”

The Times has reported that Mr Johnson desires to cease Mr Sunak’s funds plan to elevate company tax from 19 per cent to 25 per cent in April.

Asked if the rise will go forward, Mr Johnson mentioned: “That’s the plan that the Chancellor has set out. But these are fiscal matters and I would be unwise to trespass into his territory.”