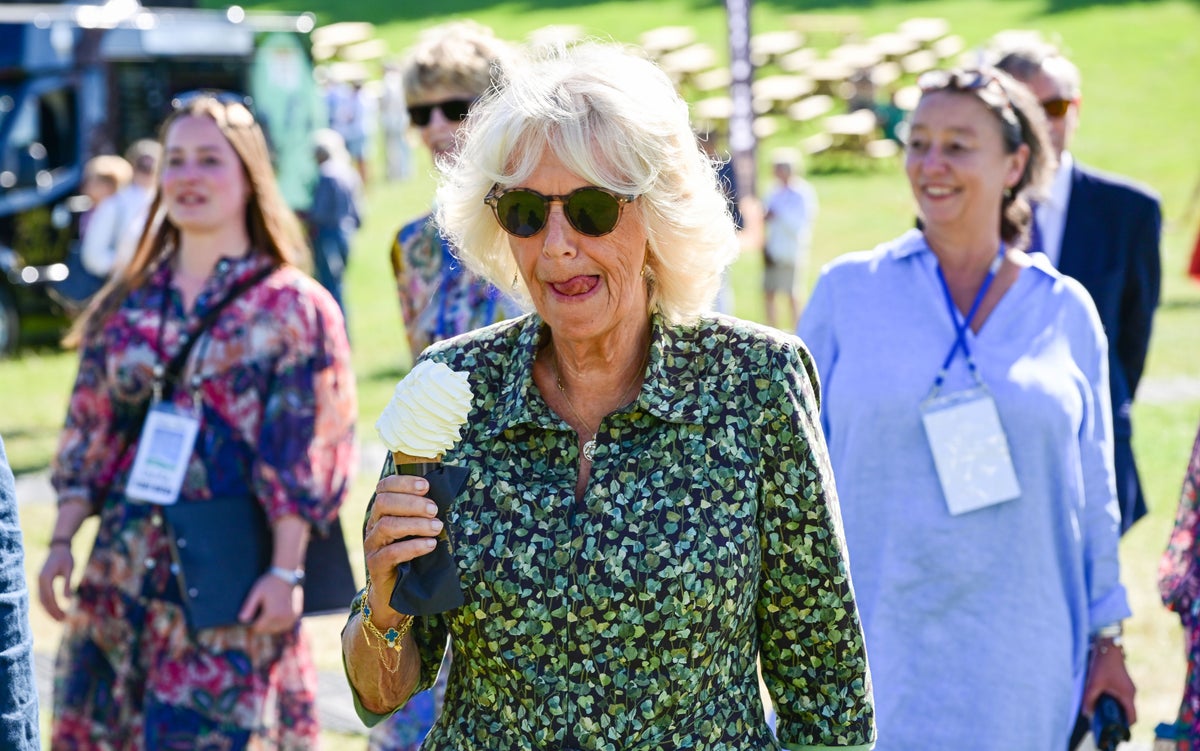 The Duchess of Cornwall mentioned Queen Elizabeth I was the girl from historical past she would most like to join her at an evening book club, saying she would have “good one-liners”.

Camilla was talking after she launched the primary occasion of the Chalke Valley History Festival, in Broad Chalke, close to Salisbury, Wiltshire.

Camilla, 74, ate an ice cream at the occasion, offered to her from a van which had Duchess of Swirl emblazoned on it.

Asked who she would decide if she may summon any girl from historical past to join her at an evening book club, Camilla mentioned: “I would suggest Elizabeth I because I thought she would be a very good reader, she would come out with some very good one-liners, also she was incredibly well-educated, she spoke five languages.”

Camilla opened the pageant and launched the Rediscovering Women in History occasion, a dialogue between novelist Philippa Gregory and historian and writer Alison Weir.

Camilla, who was carrying a inexperienced print costume by Fiona Clare, mentioned it was a “huge pleasure” to be at the pageant, including: “Since 2012 you have more than surpassed your aim to ‘excite, enthral and entertain about the past’, and in doing so you have become the largest festival in the world dedicated solely to history.

“Not bad for an event whose original intention was rather more modest, to raise funds  for the local cricket club.”

She added: “I am biased, I know, but I think that in Wiltshire we are especially blessed with our history or perhaps I should say, we are fortunate to be surrounded by an abundance of ghosts.

“As Philippa Gregory and Alison Weir could tell us, Jane Seymour was born not far from here, as were Sir Christopher Wren and Malmesbury barmaid Hannah Twynnoy, who has the dubious distinction of being the first person in Britain to be killed by a tiger, in 1703.

“To quote Alison, it is people who make history.”

During lockdown in 2020 she printed a listing of her 9 favorite book suggestions over the Easter weekend, and shared 5 extra.

In January 2021, The Duchess of Cornwall’s Reading Room Instagram account was launched – a group area for book lovers to go to, that includes movies, pictures and commentary from a few of Camilla’s really useful authors.