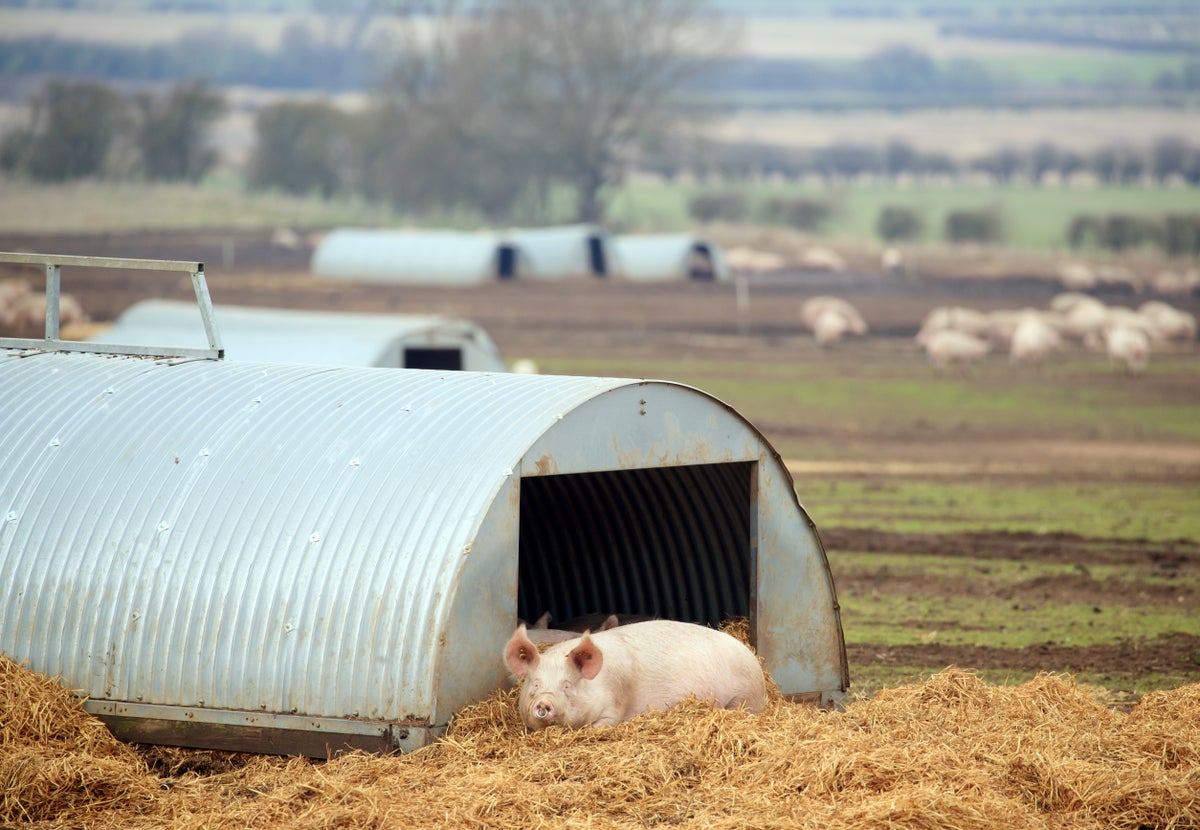 The Environment Secretary has known as for the public sector to “lead by example” as a brand new technique is predicted to recommend half of its food ought to be regionally produced or licensed to greater requirements.

A leaked draft of an upcoming Government plan for England’s food system was earlier branded “half-baked” and “flatter than a pancake” by campaigners, with explicit concern over the obvious rejection of a proposal for tax on sugar and salt.

Ministers have been accused of concocting a blueprint “bordering on the preposterous”, with the doc suggesting they may shun key suggestions from a serious assessment of the system by Leon restaurant co-founder Henry Dimbleby.

One clear precedence for ministers seems to be lowering the gap between farm and fork, with the leaked paper indicating the Government is eager for 50% of public sector food spend to go on food produced regionally or licensed to greater environmental requirements.

The doc, which was initially revealed in full by The Guardian on Friday, states that the imaginative and prescient is for public sector food and catering to type an “exemplar for wider society, delivering positive health, animal welfare, environmental and socio-economic impacts”.

“Public sector food should be healthier, more sustainable and provided by a diverse range of local suppliers,” it says.

“Locally produced food with reduced distance between farm and fork can provide societal benefits, such as creating personal connection between producers and consumers, supporting local food cultures and local economic growth, and improving traceability of food through shorter supply chains.”

It proclaims that ministers intend to seek the advice of on Government Buying Standards for Food and Catering Services (GBSF) “to deliver this vision”.

“We will consider widening the scope of the policy to be mandatory across the whole public sector including schools,” the leaked paper says.

“Within the consultation we will propose that the public sector reports on progress towards an aspiration that 50% of its food expenditure is on food produced locally or to higher environmental production standards such as organic, Linking Environment and Farming (Leaf) Marque or equivalent.”

Mr Eustice informed The Sunday Telegraph: “The public sector must lead by example when it comes to supporting local suppliers and local economic growth.

“We are determined to support the sector to work with more small and local suppliers, and recognise those that are stepping up to the plate.

“We want public organisations to report on the food they buy, to further encourage the consumption of locally-sourced, high-quality food.”