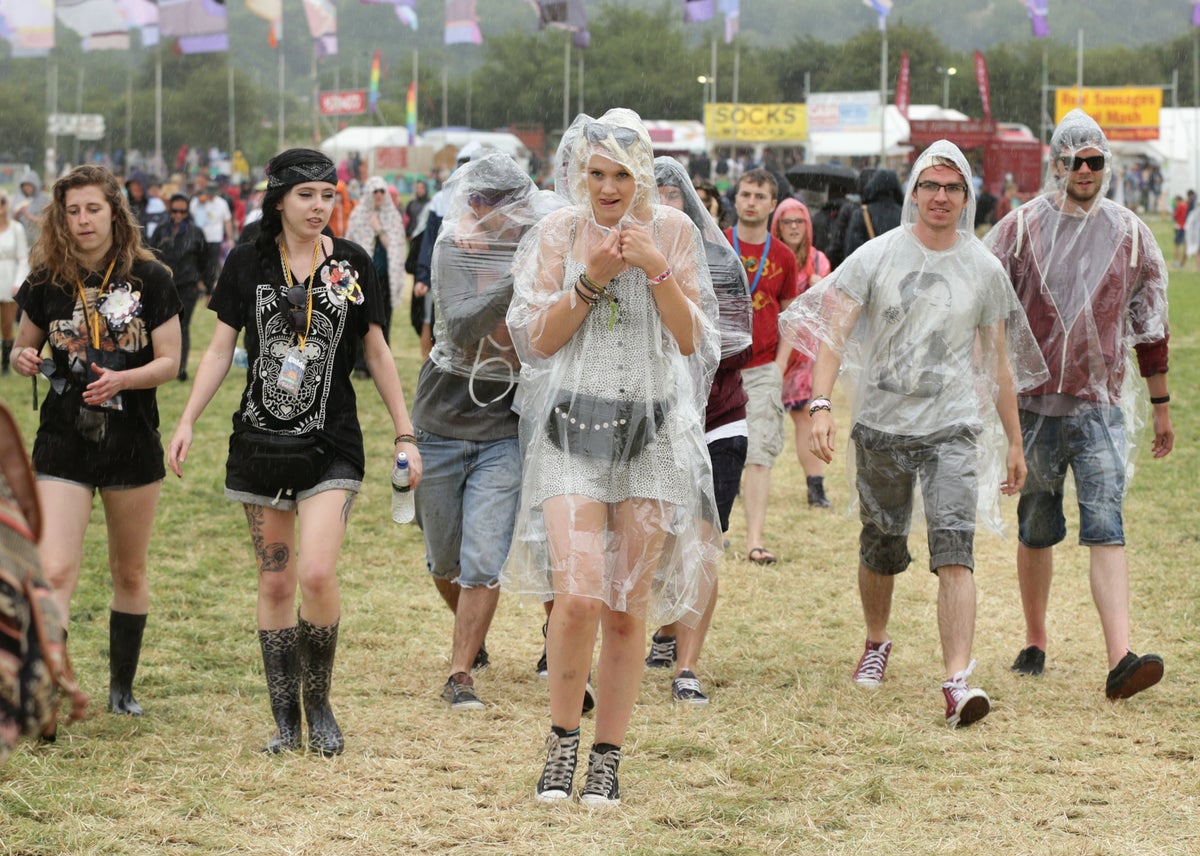 Glastonbury Festival-goers are being told to count on a moist weekend – with showers forecast on Friday, Saturday, and Sunday.

The Met Office is predicting rain will hit the pageant mid to late afternoon on Friday earlier than easing off into the night.

However, regardless of the respite from rain in a single day, there’s a threat of heavy downpours on Saturday and a few showers on Sunday afternoon.

Some showers may additionally affect British Summertime in Hyde Park on Friday, Saturday, and Sunday – though the Met Office mentioned these are “light” and “low risk”.

Temperatures are anticipated to stay heat, sitting within the low 20s by means of the weekend for the entire of the UK.

Meanwhile, a yellow climate warning stays in place for thunderstorms for most of England, excluding the South West and North till midnight on Thursday.

Senior Met Office meteorologist Rachel Ayers mentioned Friday will convey showers throughout north and north-east England and south-east Scotland, a few of which could possibly be heavy with an opportunity of native thunderstorms.

There may also be some reasonable showers throughout central and southern elements of England into the afternoon with some sunny spells, particularly throughout Scotland and jap England.

Ms Ayres mentioned: “A band of rain will push across Northern Ireland, Wales and southwest England through the afternoon, reaching Glastonbury mid to late afternoon, bringing cooler and breezier conditions.

“Showers will ease into Friday night and the band of rain will continue north-eastwards bringing some heavy bursts of rain at times.”

On Saturday, the band of rain will weaken however showers will get away to the west and south west.

Ms Ayres mentioned some “could be locally heavy with a risk of local thunderstorms, especially in the south west, therefore risk of some heavy showers for Glastonbury.”

Northern Ireland and elements of western Scotland may see some longer spells of rain, with heavy bursts, whereas the north and west may expertise sturdy winds with a threat of coastal gales.

For Sunday, Ms Ayres mentioned: “Cloudy with outbreaks of rain in the northwest, this becoming more showery later on. Elsewhere a mixture of sunny spells and scattered showers, some showers for Glastonbury into the afternoon, these heaviest in the south west.”

Strong winds proceed within the north and west with a threat of coastal gales, primarily Northern Ireland, Wales and western Scotland, whereas it will likely be breezy elsewhere.