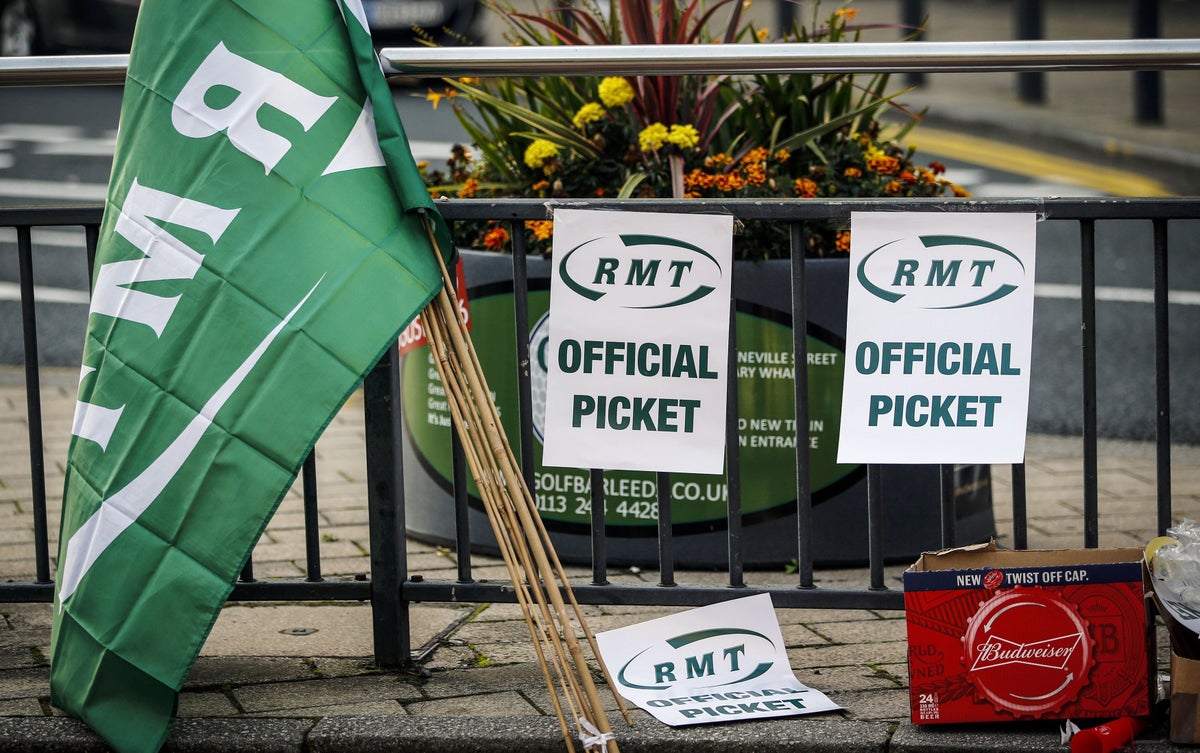 Unions have reacted with anger to deliberate authorized modifications to enable agency workers to fill in for striking staff, branding the Government as “desperate to distract from its numerous failings”.

The plan emerged in response to rail strikes later this month which can cripple practice companies due to disputes over pay, jobs, pensions and situations.

The transfer would contain reversing a restriction stopping employers from hiring agency workers to cover for striking staff and would apply to all sectors, in accordance to The Sunday Telegraph.

Transport Secretary Grant Shapps informed the newspaper any authorized intervention wouldn’t have an effect on “this particular set of strikes” in June, however ought to the motion proceed then “further measures certainly would come in during this particular dispute, if it can’t be resolved”.

“I’ll be saying more about this. But we will be looking at the full suite of modernisation that’s required,” he mentioned.

TUC deputy basic secretary Paul Nowak mentioned: “This Government is desperate to distract from its numerous failings by picking a fight with unions.

“Allowing agency staff to replace striking workers would undermine the right to strike and be extremely reckless.

“Bringing in less qualified and experienced staff to deliver important services would create genuine safety risks for the public and for the workforce.

“Using agency workers to try and break strikes would put these workers in an appalling situation, worsen disputes and poison industrial relations.

“Some may not realise until it is too late that they are being asked to break a strike.

“Having repeatedly promised a high-wage economy, ministers now seem determined to reduce workers’ bargaining power and to make it harder for working people to win fair pay and conditions.

“Let’s call this out for what it is. The PM is throwing red meat to his rebellious backbenchers to try and shore up his position.”

Rail, Maritime and Transport union basic secretary Mick Lynch mentioned: “Grant Shapps needs to stop smearing the RMT and unshackle the rail operating companies so they can come to a negotiated settlement that can end this dispute.

“Railway workers voted overwhelmingly for strike action in defence of their jobs and for a pay rise that deals with the rising cost of living.

“It is insulting to them to suggest they do not understand the issues that affect their daily lives or cannot make a democratic decision by themselves.

“We already have the most restrictive anti-democratic trade union laws in western Europe and if the Government attempts to reduce our rights further, the RMT along with the rest of the trade union movement will mount the fiercest resistance possible.”

Writing in The Sun on Sunday, Mr Shapps mentioned workers is also banned from working time beyond regulation to make again pay misplaced throughout industrial motion.

It comes after he informed The Sunday Telegraph in May that ministers have been drawing up legal guidelines which might make industrial motion unlawful except a sure variety of staff are working.