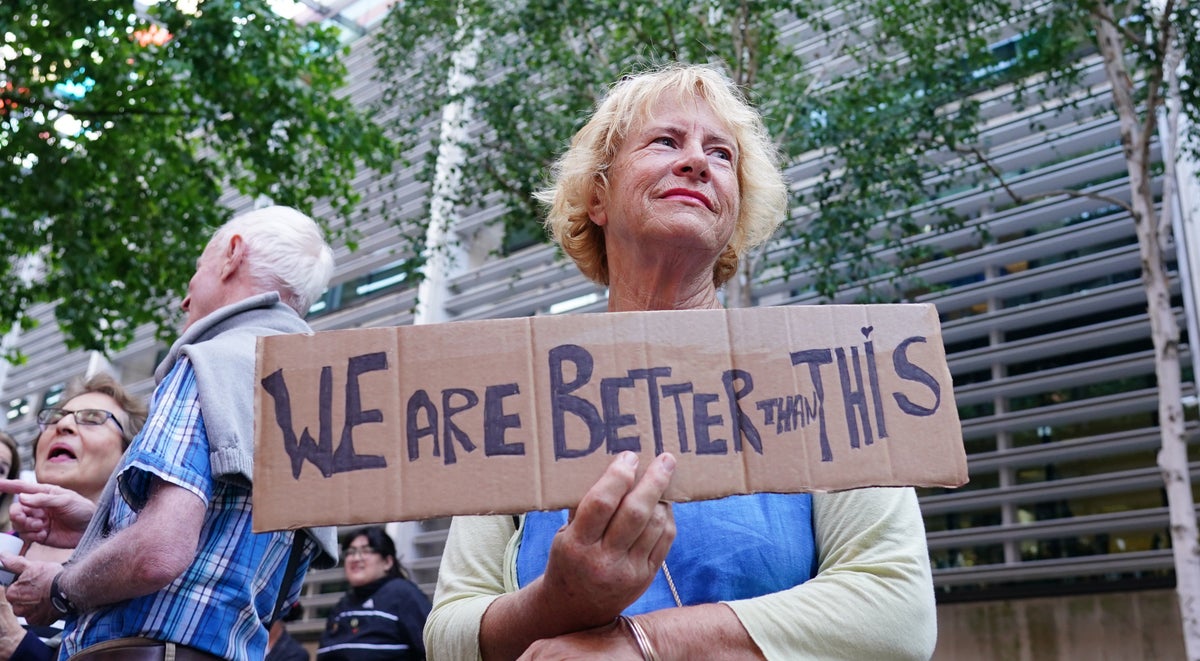 A lawyer who attended a protest outside the Home Office has mentioned there’s “righteous anger” on the Government plan to ship some asylum-seekers to Rwanda.

Hundreds of protesters took half in an indication outside the Home Office in Westminster on Monday.

Lauren Chaplin, 28, who works as a lawyer in London, attended the protest and referred to as the controversial Government policy “violent and repressive”.

“There was a clear and righteous anger at the Government’s violent and repressive policies, but also a lot of energy,” Ms Chaplin advised the PA news company.

“Everyone at the protest really cares about building a better tomorrow.

“Everyone there was in high spirits as speakers finished (with) dance music playing, organisers telling people to stay safe and hydrated – but tensions were high as crowds dispersed due to heavy police presence.

“There were chants directed towards the police including ‘Who do you serve? Who do you protect?’”

Ms Chaplin mentioned there was a crowd of about 300 protesters outside the Home Office constructing on Marsham Street however the actual quantity was “hard to gauge”.

The first flight is about to take off on Tuesday after three Court of Appeal judges upheld a ruling made final week by the High Court that the controversial removals might go forward, rejecting an enchantment by two refugee charities and the Public and Commercial Services union (PCS).

“The Court of Appeal decision is a huge disappointment and I hope the illegality of this scheme will be recognised by the Supreme Court,” Ms Chaplin mentioned.

“As a lawyer, I believe deeply in the rule of law, but where courts uphold immoral and repressive policies which put the world’s most vulnerable in direct danger, you have to ask – where does that leave us as a society?”

The coverage has been strongly condemned by opposition events, whereas some Tories additionally stay deeply sad in regards to the plan.

Among the protesters outside the Home Office have been a lot of Labour MPs together with Richard Burgon, MP for Leeds East, Nadia Whittome, MP for Nottingham East and Bell Ribeiro-Addy, MP for Streatham.

Prime Minister Boris Johnson has mentioned the Government had anticipated “a lot of teething problems” with the coverage, however mentioned the transfer is important to cease unlawful people-smuggling on both aspect of the Channel.