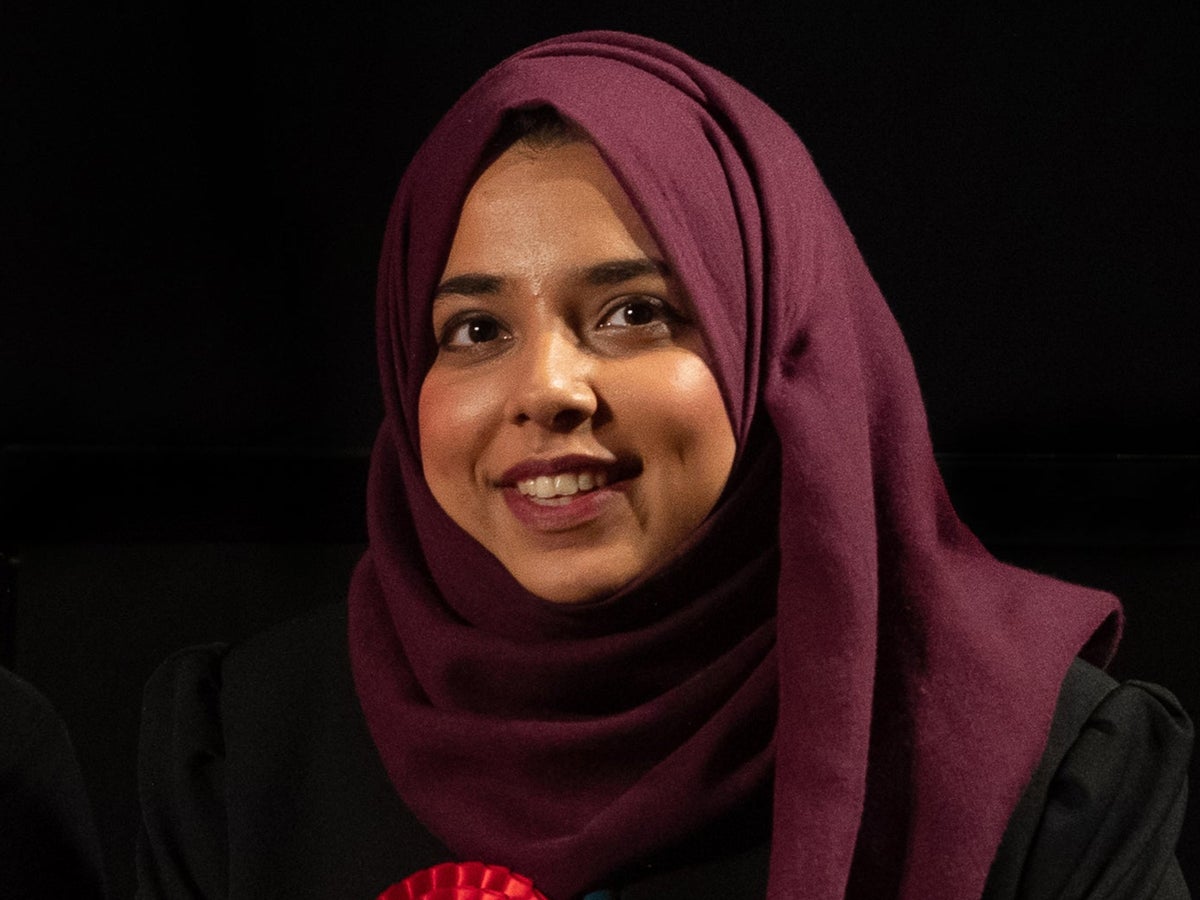 A Labour MP is taking time away from work after affected by “a sustained campaign of misogynistic harassment and abuse”.

Apsana Begum, MP for Poplar and Limehouse, posted an announcement on Twitter on Wednesday night time that mentioned she attended hospital on June 12 and was subsequently signed off work by her GP.

She mentioned: “For the duration of my time as a Member of Parliament, I have been subjected to a sustained campaign of misogynistic abuse and harassment.

“As a survivor of domestic abuse, it has been particularly painful and difficult. This abusive campaign has had a significant effect on my mental and physical health.

Ms Begum, who was part of the 2019 intake of MPs, added that her staff and office will still be open to help people in her east London constituency while she is off sick.

Her absence from work means that she will not be able to take any part in Labour’s trigger ballot process. This is when local party and affiliate branches decide if the sitting MP will contest the next general election or if there should be a new selection process.

Ms Begum added: “I am very concerned by the wider circumstances surrounding the trigger ballot process. This has included complaints of alleged rule-breaking and alleged misogynistic intimidation.”

She mentioned it will be important the Labour Party investigates these claims and warned that the intimidation she has confronted “will be all too familiar to women, socialists, and those from ethnic backgrounds.”

The east London MP was supported by a quantity of her Laboour colleagues. Ian Bryne MP wrote on Twitter: “The bravery shown by Apsana over the last 3 years of relentless attacks is remarkable but sickening it’s continuing.

“I hope the party realise they have a duty of care and act to protect my friend and colleague.”

Ms Begum first spoke of being a information/uk/politics/apsana-begum-fraud-labour-court-case-b1893867.html”>sufferer of home violence after being cleared of fraud costs in July final 12 months.