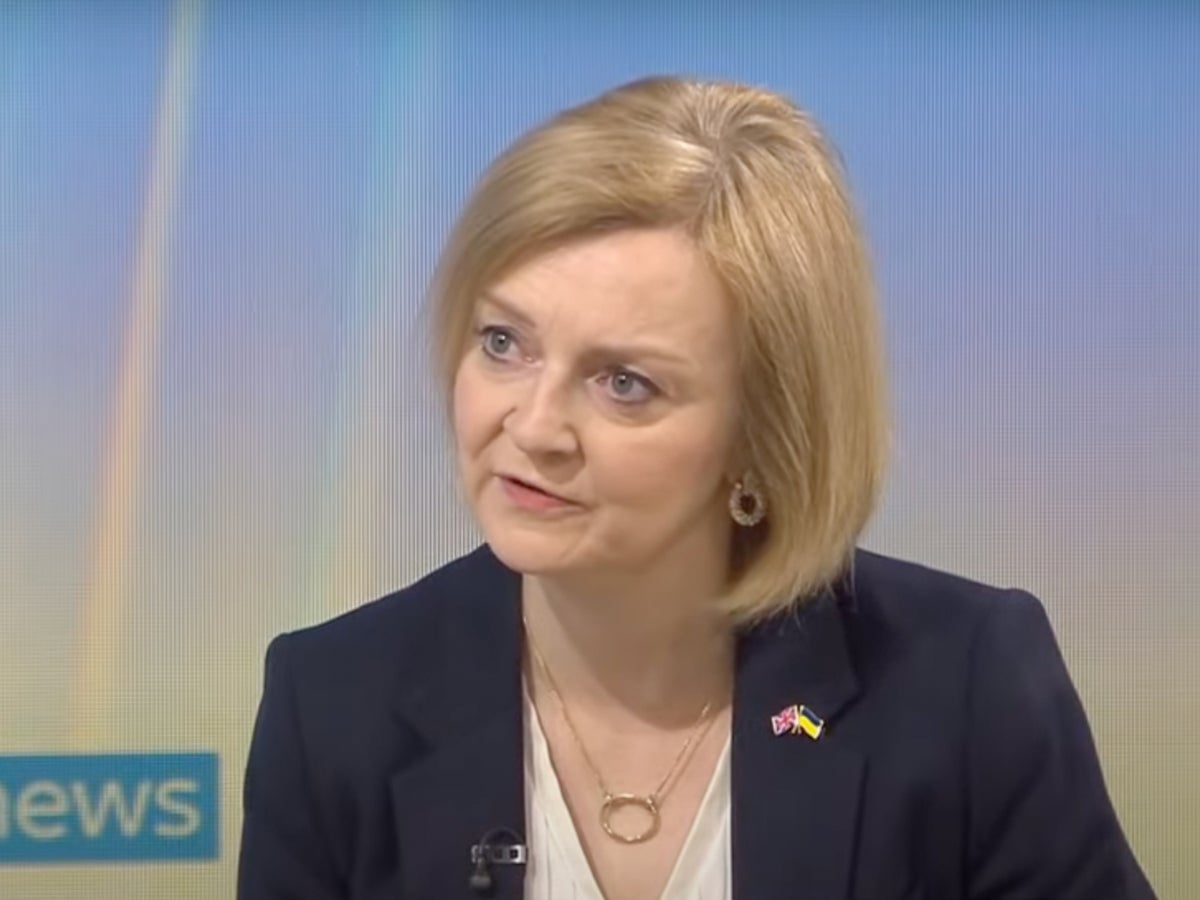 Liz Truss has rejected the Church of England’s condemnation of the plan to place asylum seekers on a one-way flight to Rwanda – insisting the coverage is “completely moral”.

The international secretary additionally claimed that dozens of migrants who’ve been eliminated from the flight record after particular person authorized challenges with “be on the next flight”.

Leaders of the Church of England have stated the everlasting relocation of asylum seekers to central Africa was an “immoral policy” that “shames Britain”.

But Ms Truss stated: “Our policy is completely legal, it’s completely moral”, including: “Those people need to suggest an alternative policy that will be work.”

There are solely seven individuals nonetheless set to board the primary flight scheduled to depart on Tuesday night time. “We are expecting to send the flight later today – I can’t say exactly how many will be on the flight,” Ms Truss advised Sky news.

Asked concerning the dozens of individuals pulled from the flight after profitable authorized challenges, Ms Truss stated they “will go on future flights”, including: “If they’re not on this flight, they will be on the next flight.”

Up to 130 individuals had been initially advised they may be despatched to Rwanda below the house secretary Priti Patel’s highly-controversial scheme.

But the Home Office stated on the finish of final week that solely 31 individuals had been because of depart on the primary flight. Since then a flurry of authorized challenges have seen the passenger record dwindle.

The Care4Calais group stated a number of extra names had been taken off the flight record on Monday – leaving solely seven individuals cleared for deportation scheduled for 9.30pm on Tuesday night.

The price of the flight, already paid for by authorities, has been estimated at £500,000. Asked about the fee, Ms Truss stated she “can’t put a figure on it” and argued the plan to cut back the price of unlawful immigration into Britain over time was “value for money”.

Home Office sources insisted that the division would push forward with the flight – which the federal government has already paid for – even when there is only one individual booked on board.

But campaigners are more and more optimistic that the federal government will be compelled to cancel Tuesday night time’s flight if all of the remaining passengers could make authorized challenges.

Senior Church of England bishops, together with the Archbishops of Canterbury and York, have criticised the plan for missing morality.

A letter to The Times, signed by the Most Rev Justin Welby and the Most Rev Stephen Cottrell, says: “Whether or not the first deportation flight leaves Britain today for Rwanda, this policy should shame us as a nation.”

On Monday Court of Appeal judges rejected a last-ditch try by campaigners to have the primary flight blocked till a full listening to on the lawfulness of the “offshore processing” scheme can be heard in July.