A boy has died in hospital whereas an elderly woman continues to battle for all times days after a four-car crash.

Police mentioned a Kia Carnival was stopped behind a Transperth bus at a set of crimson lights on the intersection of Dixon and Mandurah Roads. 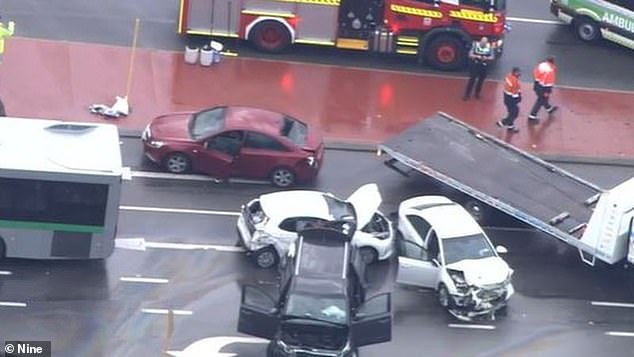 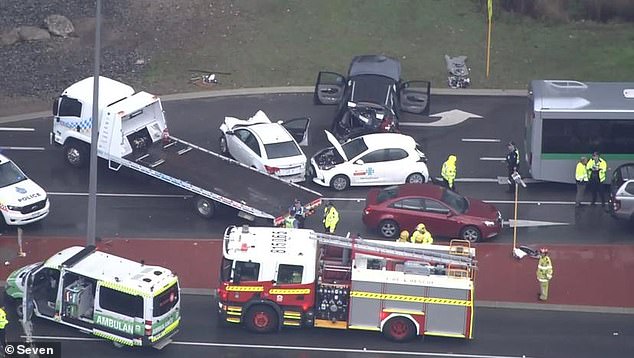 The six-year-old boy and woman aged in her 70s had been amongst 4 folks injured following the pile-up in East Rockingham, Perth, at 3pm on Friday

The six-year-old was taken to Rockingham Hospital in a essential situation then flown by RAC rescue helicopter to Perth Children’s Hospital earlier than he died on Sunday, information/disaster-and-emergency/rockingham-crash-six-year-old-boy-tragically-dies-after-horror-four-car-pile-up-c-7134135″>The West Australian reported.

The elderly woman was rushed to Royal Perth Hospital with life-threatening accidents.

A woman in her 80s suffered critical accidents whereas a 64-year-old man was taken to Rockingham Hospital however was discharged quickly afterwards.

WA Police Commissioner Chris Dawson mentioned police had been investigating whether or not the accident was attributable to one of many drivers struggling a medical episode.

‘At current, about 22 per cent of the St John fleet in metropolitan Perth is ramped, the State Operations Centre is receiving name volumes in extra of 40 calls per hour, and we’re at about 7 per cent standby capability,’ the alert mentioned.

‘It is probably going there shall be a delay in an ambulance reaching individuals who name triple-0.’ 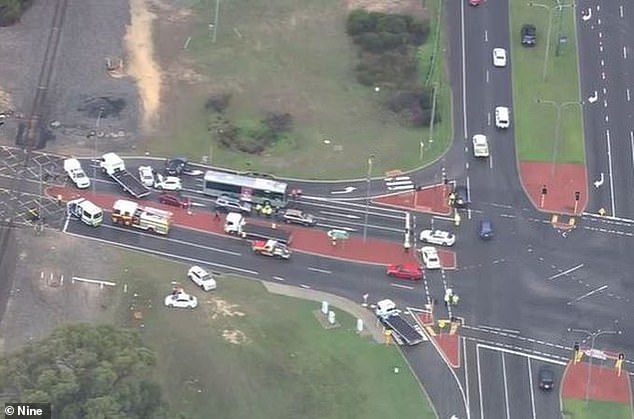 Long ambulance wait instances have been blamed for a number of deaths that might have been averted previously couple of months.

Grandmother Joan Hope was experiencing shortness of breath when her son referred to as paramedics on April 19.